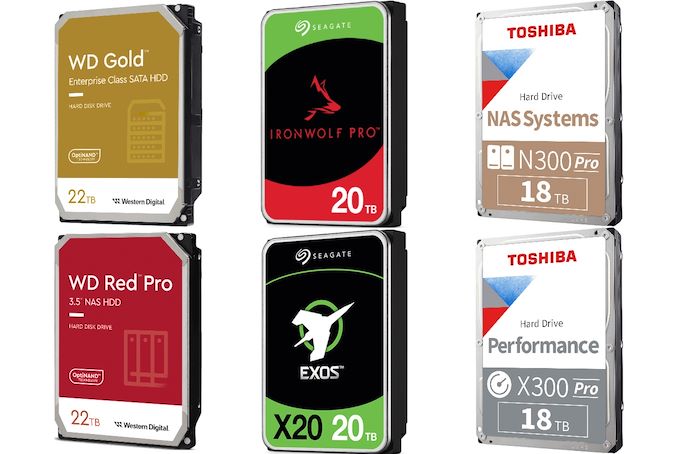 Data storage requirements have kept increasing over the last several years. While SSDs have taken over the role of the primary drive in most computing systems, hard drives continue to be the storage media of choice in areas dealing with large amount of relatively cold data. Hard drives are also suitable for workloads that are largely sequential and not performance sensitive. The $/GB metric for SSDs (particularly with QLC in the picture) is showing a downward trend, but it is still not low enough to match HDDs in that market segment.

Since the release of the last HDD guide, Western Digital has announced retail availability of their OptiNAND-equipped 22TB drives, Toshiba has introduced Pro lines for their X300 and N300 lineups, and prices have generally shown a downward trend. Some high-capacity models have become a lot more affordable – selling prices are running around 15 – 20% lower than launch MSRPs. These make for an interesting update to our list of recommended hard drives for NAS and desktop usage.